Why you can no longer afford to ignore Instagram

Picture Instagram, and if you’re like me you picture ‘D-list’ celebrities applying filters to their pictures to look good for their ‘fans’.

Sure, it was also good for consumer brands and their celebrity ‘influencer’ friends. But it wasn’t the place for drumming up interest in content with more serious messages – especially video.

And, it didn’t neatly fit into any workflow. Uploading content to it via anything other than a mobile device was nigh-on impossible.

Great for celebrities taking a selfie. Not so good for uploading ‘produced’ graphics and videos.

But I’m having to change my point of view.

The raw stats are stark.

It has more than 1 billion active users.

And it isn’t just celebrities and their friends. There are more than 25 million business accounts.

It also leads the way with that holy grail of engagement. Between 2% and 7% of an account’s followers interact with each post, compared to just 0.02% to 0.18% on Twitter.

And the content that gets the most engagement? Well it’s no surprise to hear that it’s video, with posts containing video getting 38% higher engagement than image posts.

But is your audience on there, I hear you ask.

The raw numbers again would suggest so. Having that many people on the platform means it’s almost impossible that your audience aren’t there at some level. 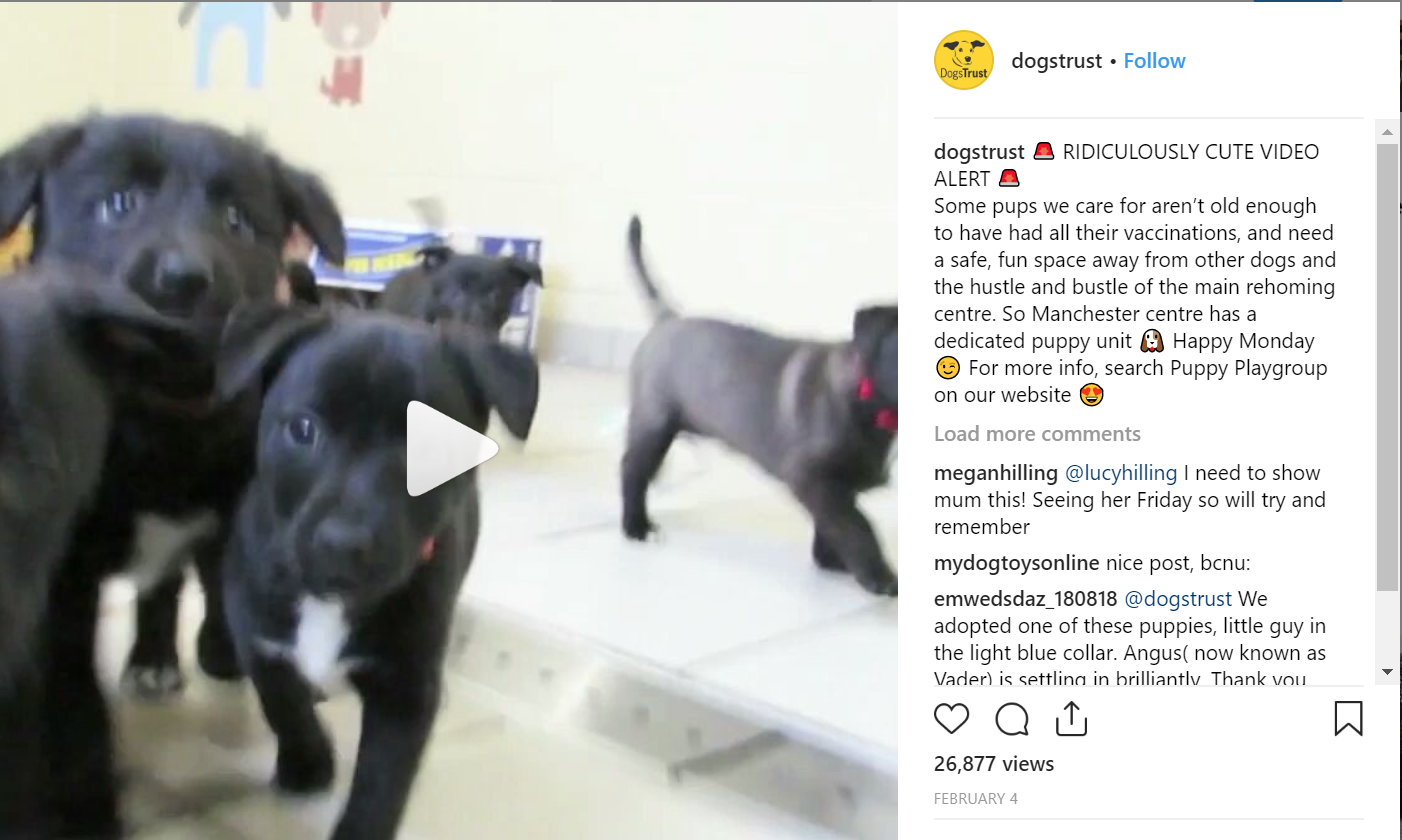 The Dogs Trust has a subject matter which lends itself to visual content.

And there are also a number of high earners on the platform – those people more likely to be wanting to engage with your serious and complex messages. In the US, 42% of adults who make over $75,000 use Instagram.

When it comes to Instagram take-up in the non-profit sector, charities have led the way. Large charities such as the National Trust and Doctors Without Borders, along with those with appealing visual messaging – such as Dogs Trust – have devised successful strategies for engaging their audiences.

Take up would appear to be slower among trade associations and the research sector – though there are some notable exceptions such as the Institution of Civil Engineers with more than 10K followers.

Research on the use of Instagram by trade associations in the US shows it is yet to feature in many social strategies, with only 58 of 270 organisations with an account.

And it is those that have adopted a specific Instagram strategy that are succeeding. The second most followed trade association account in the US was the American Welding Society with a following of 154,000, built around beautiful pictures and videos of welding.

Despite these figures and the incentives to use the platform, doing so in practice as an organisation was difficult compared to other social media networks.

But this has also changed.

Up until early in 2018 it was only possible to use third party tools such as Buffer, Hootsuite and Sprout Social to schedule reminders to post. So while you could set up your Facebook, Twitter and LinkedIn posts in advance, it wasn’t possible for Instagram.

This changed around a year ago with Instagram updating it’s API to allow scheduling of single image posts.

As of January 2019, there have been further updates which now make scheduling of videos and multiple image posts through third party tools possible. Meaning it can be integrated into the same workflow as other social media posts.

So that’s it. No longer the preserve of the d-list celebrity. Instagram is now a serious proposition. You can ignore it no longer.

Video: Our summer work in 60 seconds